2010 the FOL called Jan Ising ( Lettherebelight.net) to support the Team.
He created the Opening Ceremony „Lights on“ at the Potsdamer Platz with about 5000 Visitors and several VIP`s like the Mayor of Berlin.
He stayed at the Team and became the Projectmanager and Artistic Coordinator for the FOL 2011
Together with the existing team of artists and his international contacts the FOL became a huge success with over 1.2 million visitors and several million media contacts worldwide.

Berlin is a big challenge. The festival is distributed to the complete city and not centralized.
The huge amount of monuments have to be integrated as well as free art projects. The touristic aspects for guided tours as well as the media attention and suddenly appearing unexpected political VIP events by visiting politicians at the capitol of Germany. 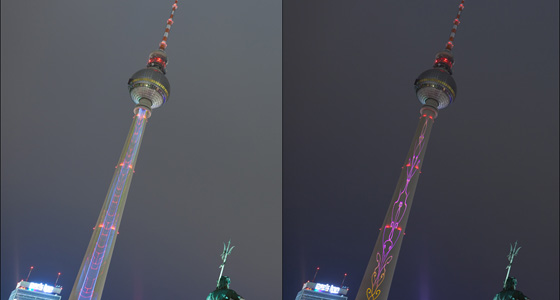 Check out the projects

Check out the artists